In a tweet, Rahul Gandhi has outlined a genius philosophy behind the nexus between the letter “M” and “Dictators”, that world wasn’t aware of before.

If you read his tweet carefully, you’ll understand that he is curiously wondering “Why do so many dictators have names that begin with M?” What a brilliant question, indeed!

This indeed suggests he considers a connection between the first letter of a person’s name and profession. Hmmm, maybe a new leader in the making, who knows! There is always uncertainty in the statements of Rahul Gandhi.

So as well all know Rahul Gandhi doesn’t always make sense with his claims.

In fact, the name of India’s Prime Minister is Narendra Damodardas Modi. In which (M)odi is his caste, and not name.

Maybe, while testifying a connection between the letter M and Dictators, Rahul Gandhi in a jiff forgot that he should have researched the name of dictators starting from letter “N” and not “M”.

As a matter of fact, there are only 26 alphabets in English. While there are more than 800 billion peoples in the world. This implies that there may be millions or billions of people that have their name starting with “M”.

In the list, Rahul Gandhi mentioned some of the most brutal dictators. But, the king of incongruity skipped the fact that only two of the names begin with letter M- Michel Micombero and Mobutu. While the rest have their surnames with ‘M’. Let’s have a closer look at the names suggested by him in the tweet.

No doubt, all the surnames are indeed starting from “M”(Good catch Mr Gandhi). But wait, Rahul wanted us to look at the names and not surnames. Facepalm!

I seriously don’t know if Rahul Gandhi was high or not when he tweeted that tweet. But, it got into my nerves as I have done this before. When I was a school going kid, I thought girls with names starting from “S” are pretty and smart. Later it turned out to be a biased judgement. Silly me!

Some of the dictators that Rahul Gandhi mentioned was earlier Journalist, Socialist, Revolutionary personalities, and what not!. But this doesn’t mean that dictatorship can be aligned to any of these facts.

Because, under a dictator’s rule, no one is supposed to hold protests, carry swords while protesting, pelt stones, or even sit with media and talk about the failures of a dictator’s regime.

There are always two sides of a coin. Let’s flip and see, how Twitteratis are taking on Rahul Gandhi over his nuance! 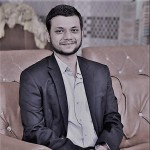 A watchful writer who speaks his mind even when dozing. He founded The Newsflame to cut the clutter and present unbiased information about the events happening around. For that, he keeps a bird-eye and catches the information that matters to the people.

What are you looking for?